Boeing 787-9 Dreamliner Virgin Atlantic. Photos and description of the plane

Sixty ordering customers from six continents in entire world have placed orders for 1000 airplanes that are estimated in 275 billions USD that allows to name Boeing 787 the most quickly sold wide-bodied airplanes in history of Boeing company.

Boeing has started final assembly process in Everett and Northern Charleston in May 2007 and in July 2011 correspondingly. First flight Boeing 787-8 has made on December 15th 2009 then certification in August 2011 and first delivery to first ordering customer airline company ANA 25 on September 2011.

Boeing 787-9 has made first flight on September 17th 2013. It became the start of complex program of flight tests after which certification and delivery to first customer airline company Air New Zealand in June 2014. 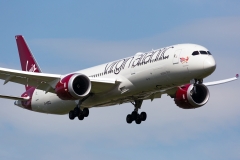 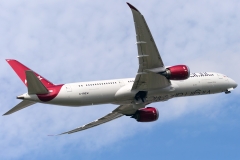 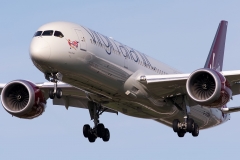 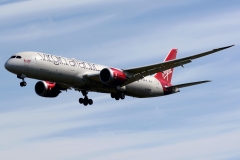 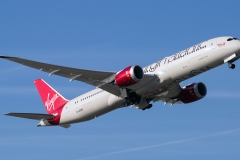 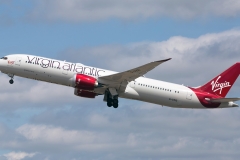